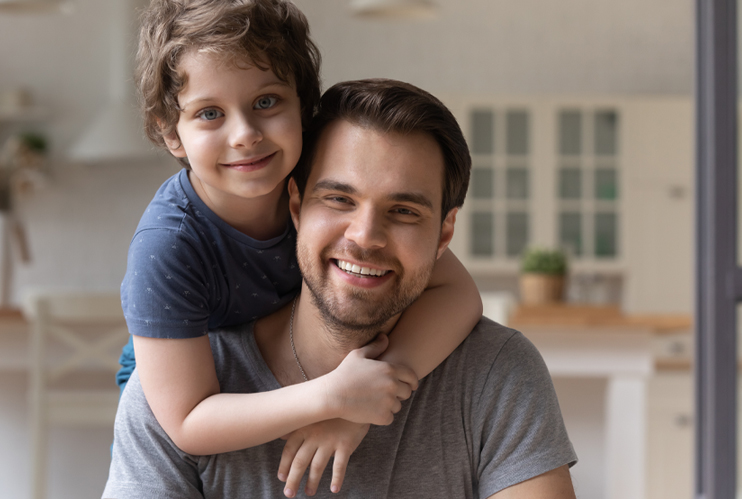 Children cannot be divided equally like a set of dishes or house equity. When discussing custody and the parenting schedule, I encourage parents not to focus on what arrangement is “fair” for each parent, but rather to think about the schedule from the perspective of the children’s needs.

In Massachusetts, there are two types of custody: legal custody and physical custody. The current legal definition of “shared legal custody” is “continued mutual responsibility and involvement by both parents in major decisions regarding the child’s welfare including matters of education, medical care and emotional, moral and religious development.” Most separated and divorced parents share legal custody, and while there is a statutory presumption that the mother will retain sole legal custody of a child born out of wedlock, if there is a history of parents making important decisions together about their child, unmarried parents often will share legal custody.

There are also parenting schedule options that fall in between these two models that I refer to as “hybrid” custody arrangements. An example of a hybrid custody arrangement is when a child lives primarily with one parent during the school year, and spends equal time with both parents during the summer. Judges, mediators, and lawyers have also become increasingly sensitive to the terms that are used when referring to parenting schedules. Sometimes the term “physical custody” not be used in a settlement agreement in order to avoid a power struggle between the parents over terminology and to keep the focus on developing a parenting schedule that is best for the children.

Many households in Massachusetts are now made up of two parents who work outside the home, fathers are increasingly involved in raising children, and more gay and lesbian couples are parenting with co-adoption and legalized marriage. When parents separate, there is a growing interest in sharing joint physical custody. Joint physical custody goes a long way toward maintaining a child’s relationship with both parents and is often a good solution for families, especially with two full-time working parents who need days without child care responsibilities. However, joint physical custody is a solution to parenting in separate homes that sometimes, but does not always, work for children.

Children cannot be divided equally like a set of dishes or house equity. When discussing custody and the parenting schedule, I encourage parents not to focus on what arrangement is “fair” for each parent, but rather to think about the schedule from the perspective of the children’s needs. Joint physical custody must take into consideration each child’s unique needs. Very young children need consistency in routines, and the process of transitioning from one house to another can be disorienting. Elementary and middle school age children generally adapt well to joint physical custody as they can handle absences from one parent and still look to their parents for their daily schedule. Busy teenagers don’t like making frequent household transitions, so joint custody may work better for them with an alternating week parenting schedule.

Joint custody schedules should minimize transitions for children whenever possible. I recommend that children spend at least two consecutive nights in each household in order to avoid the “ping-pong” effect of one night transitions, and that pick ups and drop offs occur at school when a child is already making a transition. When parents worry that a child won’t be able to be away from him or her for four or five nights in a row, it is often the parent that can’t handle the absence as children are typically more adaptable than adults.

Joint physical custody, to be successful, requires frequent, respectful, and productive communication between parents. The myriad of daily details in a child’s life cannot be handled by one parent if the child spends considerable amounts of time in the other parent’s home. Parent communication is essential to working out the logistical details that help children transition from one home to the other during the school week. Reasonable access to each other’s home is also helpful as children cannot be expected to cart their personal belongings to school and because children often forget items when they pack for a transition.

Over time, joint custody schedules may need to change. One or more children may express a valid need to spend more time in one household, although by itself, a preference for one parent over the other should not typically be a justifiable reason for changing custody unless the rejected parent is unable to meet the child’s needs. Children need to learn how to meet challenges in relationships and working these issues through with parents is a good place to start.

Children benefit from being exposed to various parenting styles and household routines, and the independence that they experience by being separated from one parent on a regular basis can help prepare them for leaving home. As long as parents remain focused on children’s needs when developing a parenting schedule, don’t fight about the terms “primary” or “joint” custody, and remain open to revising the parenting schedule over time, children will thrive.